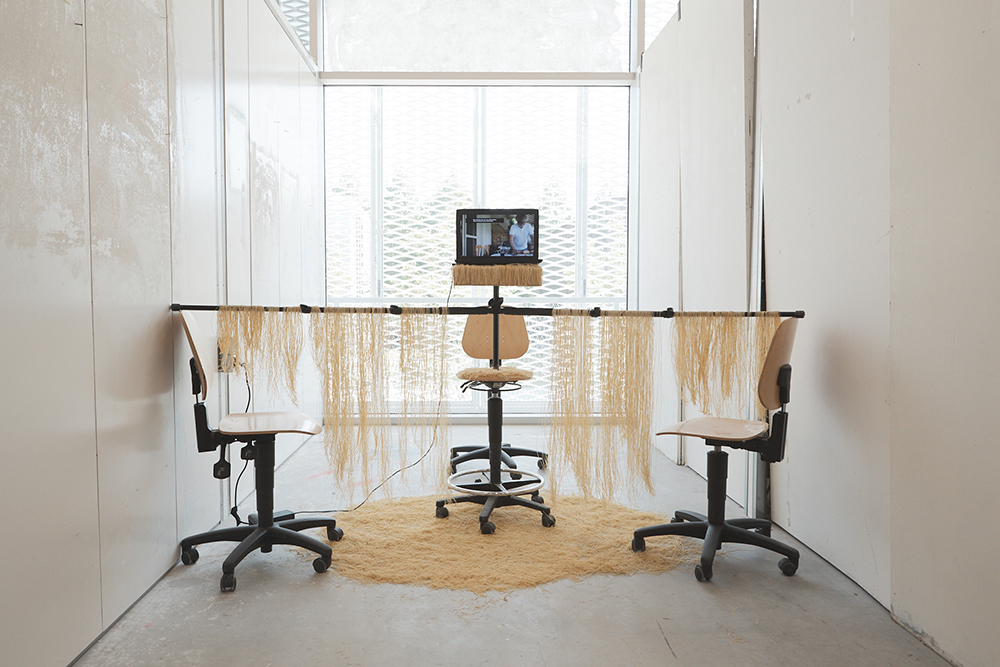 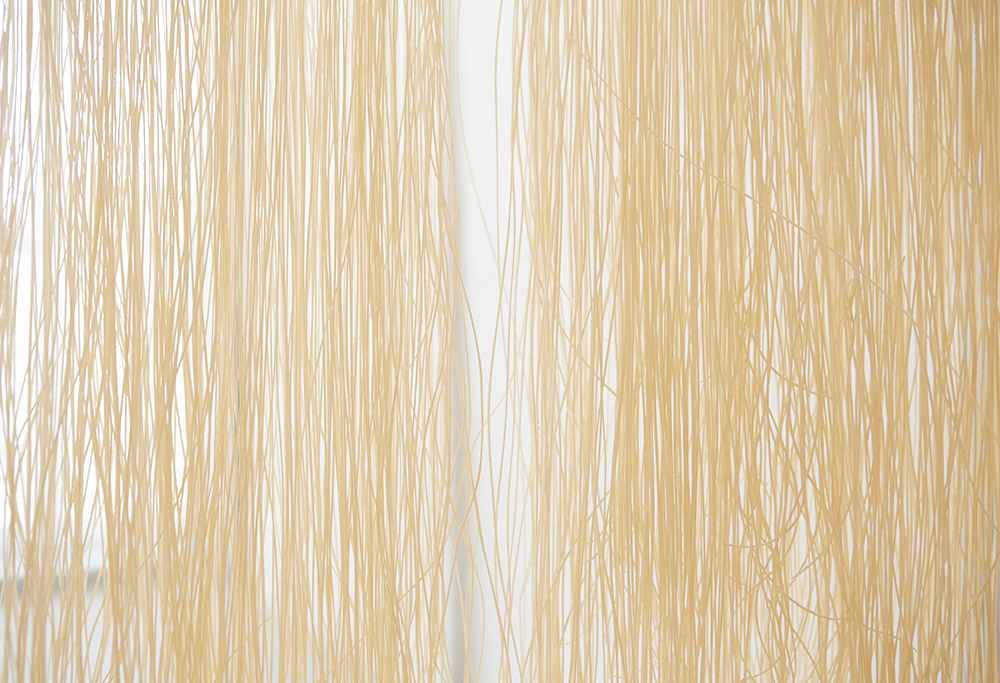 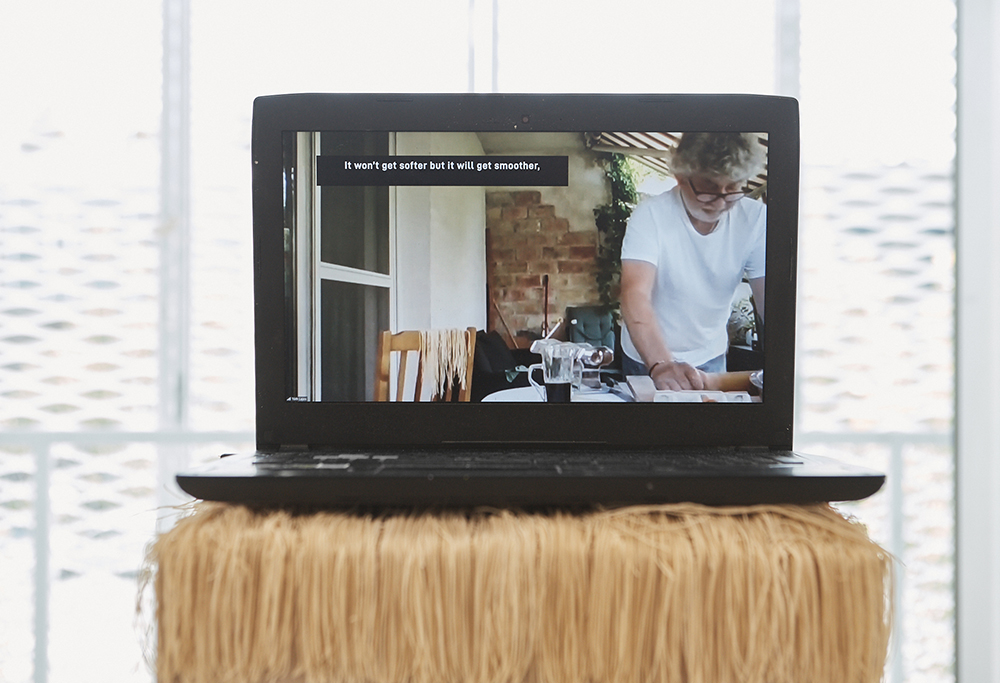 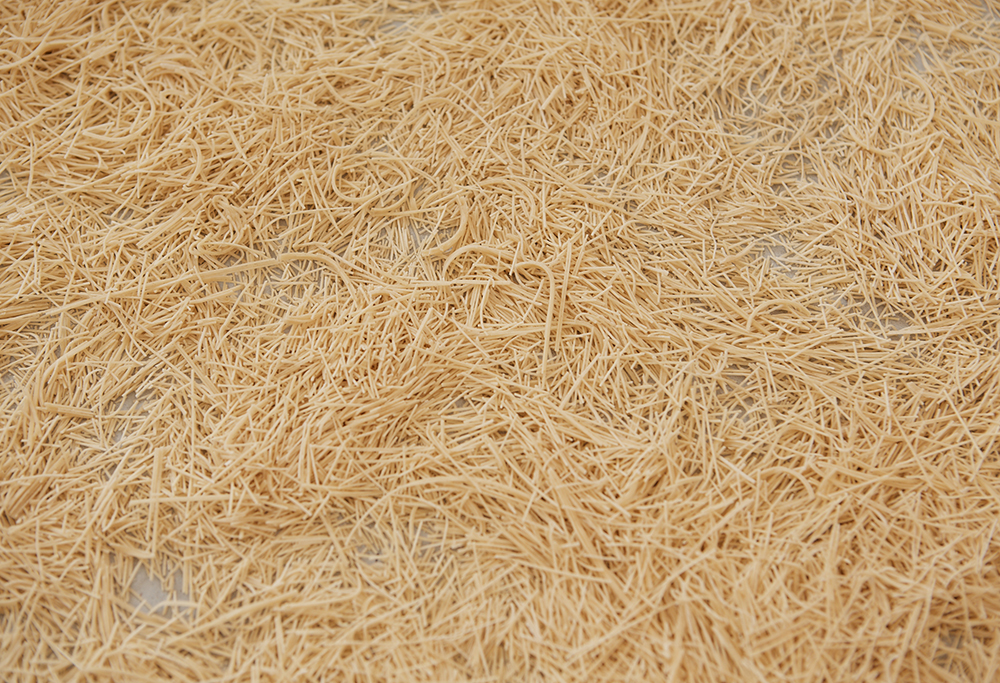 My grandmother was making great amounts of vermicelli (in Hungarian 'cérnametélt') in the 1950-60's in their tiny family home on the outskirts of Budapest in order to earn a bit of extra on top of her low wages. Not having any other options the pieces of thread-thin pasta were drying on the furniture: on the top of the cupboard, on the open doorwings of the wardrobe, on the dining table, sometimes even on the family's sole bed. One of the recurring anecdotes of my father is that while it was rather popular amongst my grandmother's colleagues in the factory, my father and his brother never really liked my grandmother's pasta.

"I remember this so clearly that in the living room, well, we didn't have any other rooms... the pasta was laid on the top of the closet on a piece of paper to dry. That was a lot for sure, but how much exactly – two kilos or five – that I don't know. I also don't know who bought it from her, but for sure she had made it for sale. […] It wasn't exactly business-like, instead it spread "from mouth to mouth", that Erzsike makes it. […] Since she was also doing needlework... now that we are talking about it, it comes to mind that she put the pasta in the boxes of the thread that she had bought for embroidery, or... crochet, knitting. And maybe... Flat paper boxes, she put tissue-paper underneath, layering it like that." 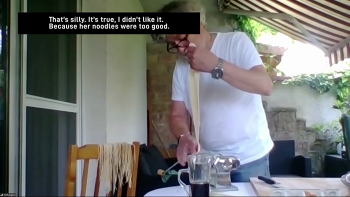 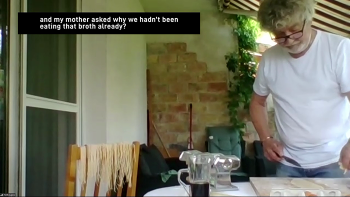 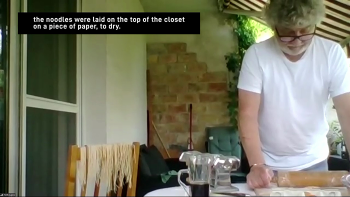